You are here: Home / Articles / Some history facts about dogs

Some history facts about dogs 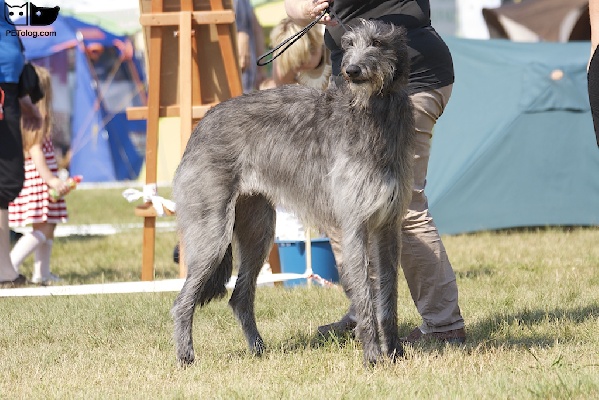 The oldest dog’s bones have been found in Asia and are dated back to the X century BC. The first definite breed appeared for about nine thousand years ago and it’s appearance was close to the modern Greyhound.

• The ancient Egyptians really worshiped their dogs: after the death of their beloved pet owners shaved their eyebrows, smeared with mud their hair and mourned their dog for a long period of time.

• In Egypt a person bitten by a rabid dog was offered to eat it’s fried liver to prevent the development of the disease. With the same purpose people tied to the place of a bite the tooth of this rabid dog.

• In ancient Greece there were guard dogs that participated in the defence of the city. For example, he dog named Soter became famous for warning residents of the Corinth about the coming threat after the entire defensive squad had fallen and it was the only one survived.

• The Pekingese and the Japanese Chin were so revered in ancient China, that they were worshiped in temples, had their own servants and were offered to the Emperors, for whom by the way these little dogs could be the last resort of self-defence as they were hiding in the sleeve of the owner and in case of danger jumped out of it and rushed to the enemy.

• In the ancient times Aztecs bred dogs of the breed Chihuahua as a food for large predators from their zoos.

• Mayas every tenth calendar day devoted to the dog, and those people who were born under this sign were considered to be innate leaders.

• In XI century the dog named Saur during three years was the king of Norway, after the angry head of the state had given up the throne and ordered the court circle to honour four-legged monarch.

• Canary Islands are named after dogs (from the Latin «canis») that were worshiped by the locals. And a canary bird was named in honour of these islands.

• According to the code of laws of the XIV century «The Metropolitan Justice», («Pravosud’e Metropolich’e») in Ancient Russia a dog was equal to one ox, 3 horses or a flock of sheep.

• The first law on the rights of animals was adopted in Japan in the XVII-XVIII centuries. According to it the punishment for the killing a dog was execution, and citizens had to adress to stray dogs as «Your Most Honourable Dog».

• George Washington was an admirer of the English Hound. He owned 36 dogs!

• Three dogs survived in the sinking of the Titanic: the Newfoundland, the Pomeranian and the Pekingese.

• President Franklin Roosevelt created a small international incident when he sent, never more nor less, but the destroyer, for his Scottish Terrier Faloy, who accidentally had been left on one of the Aleutian Islands.

• The first Hollywood superstar dog was Rin Tin Tin. When it was five days old it was wounded on the battlefield of the World War I and was nursed by American soldier called Lee Duncan. Rin Tin Tin played in many films and even «signed» its own contracts by the paws print.

• Laika, Soviet mongrel, was the first mammal that аflue roung the Earth in a spaceship in 1957. She died in space, but her daughter Pushinka whelp four puppies from the Terrier Charlie, which was owned by US President John F. Kennedy.

•Two dogs named Rocky and Barco were customs officers in the United States in 1988. They were so good at patrolling the border between Texas and Mexico (also known as the « The Cocaine Alley») that Mexican drug lords offered a reward for their heads in the amount of $ 30 000.
5/5 - (1 vote)