You are here: Home / Articles / Calming signals in dogs 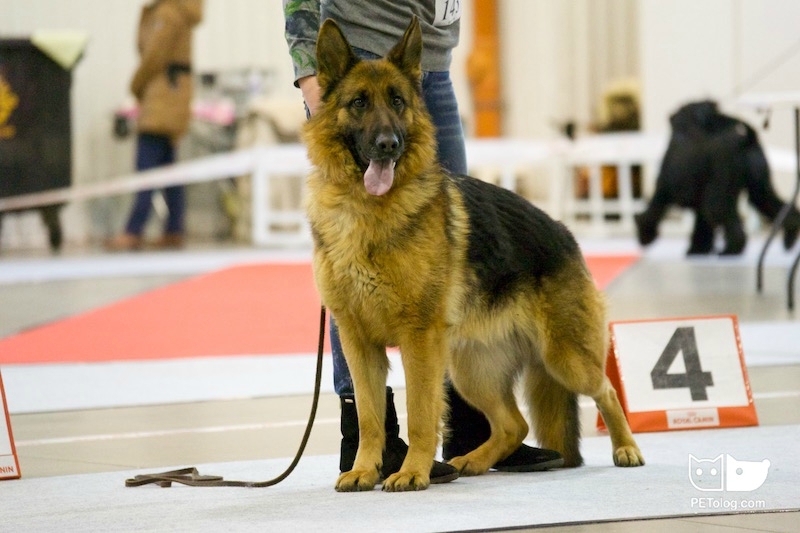 The calming signals in dogs are often referred to as a secondary or subtle “dogs’ language”. Typically, postures and movements of dogs, studied by before the Konrad Lorenz, are regarded as “dogs’ language”; and for a long time it was the only dogs signal system, understood by people. The discovery of so-called calming signals, their analysis and study have become a real breakthrough in cynology, enabling trainers and owners to understand their pets in a more comprehensive way.

A dog does not use calming signals situationally, as postures and gestures, described by Lorenz, but right the opposite, it does it all the time, expressing its condition and attitude to what is going on around. And such signals, unlike those described by Lorentz, a dog use either being in contact with another dog or human, or being alone. They serve to express the state or attitude to the phenomenon, which is demonstrated not to someone off-site, it is actually a sort of signal system of the internal condition of a dog, which works independently. And the more, it is valuable and interesting to understand these signals, which are ultimately honestly and accurately show us the animal’s state – as an animal gives them without any specific purpose, in fact, simply expressing the state. Perhaps it can be compared to the fact that person sweats, when it is getting hot or scratching the nose when it itches. We do not do these for demonstration, but because we feel a need for this. It is the same way with the calming signals in dogs. Some dog experts are now even find these signals as basic, and those, previously studied by Lorenz – as secondary, as they are used already in the social interaction with other dogs and humans, and these signals are not the internal need of a dog, expressed by a sign.

About three dozens of different calming signals have been studied at the moment and works in this area are continuing.

The complexity of work with a subtle dogs’ language is that such actions can often be barely noticeable, and for proper and timely perception you need to focus on contact with the animal completely. But it gives amazing opportunities in dogs’ understanding and training.

The history of research 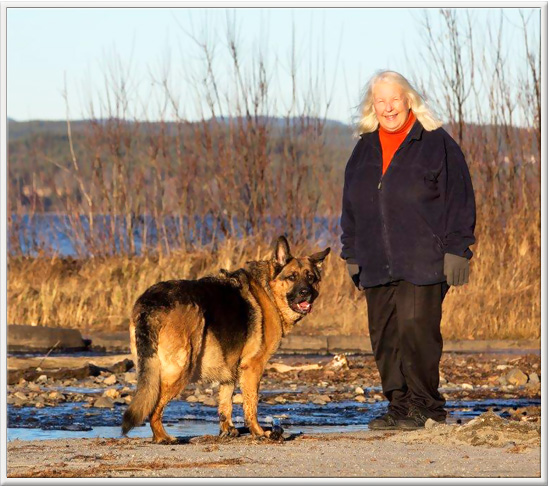 Everything is started when in nineties the Norwegian canine expert Turid Rugaas has called the previously-known statement that the signals, stopping aggression, existed among wolves, are not present in dogs, into question. It was formed on the basis that “wolf” signals had long been described by that moment in scientific works, and they have not worked with dogs, as their closest relatives. However, in the result of the study, which lasted for about twenty years, it has been found that the dogs have similar signals; just they are quite different from those used by their wild congeners. The identified calming signals allowed stepping into a new stage of work with a dog, when by using the correct signaling system you can stop the dog’s aggression without any recourse to forceful and hard pressure methods.

The calming signals received such name because they serve as signs that the dog is set peacefully and wants to avoid any conflict.

In most cases, all dogs except those, who possess clearly expressed and serious violations in socialization, do not want any conflict and will signal, whether by barking or biting, before going into the active aggressive stage. Actually calming signals are the signs of a dog’s borderline state on the verge of stress, and the beginning of barking or aggression is a demonstration of already happened stress.

The meaning and examples of use

The calming signals allow us to determine the time when a dog has not yet moved to a stress, but “the pot cap is already bubbling.” It is a moment at which stage we can prevent aggression by giving a correct response signal without using a hard influence, but with a gesture or posture only. The critics of this method claim that people may not be able to notice and especially to give any calming signal in response, as dog reacts faster. This has some truth, so you cannot always rely solely on this method, and may need to use more traditional approach, but if you manage to decrypt the signal correctly and give the right answer, the aggression or fear will be subsided without reaching the active phase.

How to distinguish the calming signals?

For example, if a dog starts to squint, yawns actively or turns its head away when someone is coming near – it feels fear. It would be better to step back for a while, allowing the animal to get used to or to try to make clear you are not dangerous – by yawning sweetly and turning half sidewise. The dog will understand that this object poses no threat and will relax.

If the dog is approaching with a circular pitch and licking – this is another sign of stress and possible fear or anxiety. Without a proper calming, such fear could develop into aggressive defensive response, so therefore, if you notice such behavior, better to walk the troublesome subject around or otherwise to reassure a dog. 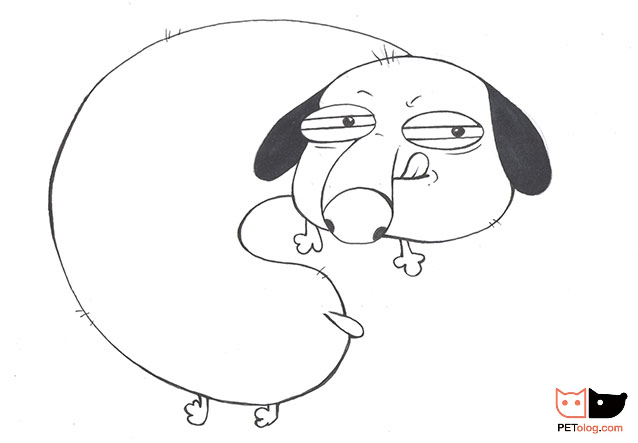 Another calming sign – a dog is getting down catching a sight of congener. Thus it shows a peaceful mood, and even willingness to play. But the dog does not want to approach. If you force it to a contact, it may become aggressive or will try to escape. On a leash a dog generally goes into forced protective aggression, so being aware of this it would be better to walk by at a greater distance.

In classes it is the same – fast breathing, yawning, turned away muzzle and a nervous tension in the body are the signs of stress. A dog in this state will not obey; it simply won’t be able to. Do not shout or press on, as in this state, you need to soothe your pet down, relieve a stress, and then continue a lesson. This way your lesson will be much more efficient with more stable result.

There are some signals we can give to our dogs to show them the absence of threat and the need to settle down. For example, if a dog barks at the door, it is necessary to stand between a dog and the door turning your back to the dog (this sign is called “separation” and, as it, somehow, removes the dog’s responsibility to contact a potential threat). 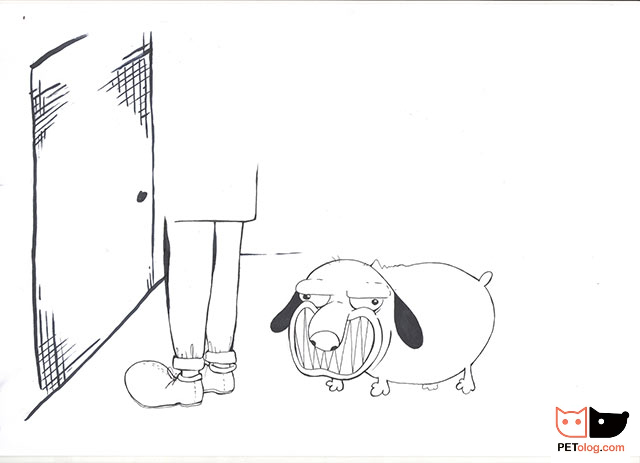 Another sign we can give is approaching a dog from a side and reaching out a hand to stroke or wash it from the same side position. The point is that any movements from above causes dog a sense of threat and scares it, but side action is accepted normally. So it is quite possible, if you have a problem with the dog’s bathing, you should avoid bringing a shower from above, as we usually do for ourselves, but bring it from a side and direct a jet from a side too. 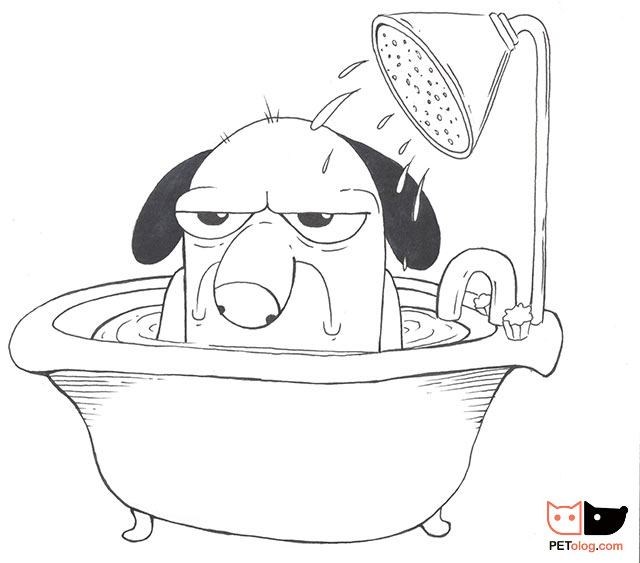 If you become interested in this subtle signals system, you can read more in the Turid Rugaas book “On Talking Terms With Dogs: Calming Signals”, where all the dogs’ calming signals, studied at the time, are explained in detail.