You are here: Home / Articles / Puppy socialization at home

There is a strict hierarchy in the animal world: leader is the one who is stronger.

However, animal, appeared first in the house, will consider himself as a master, and will treat all newly coming pets as guests.

Here is important to provide the puppy for a separate isolated space in the house or fenced off a corner for it in the yard, beyond the reach of other inhabitants. If the puppy is very small, wait another month until he grows up, to avoid him to become fearful and helpless from the first days at the new location. Acquaintance should be arranged gradually, by short meetings, with full control of behavior. 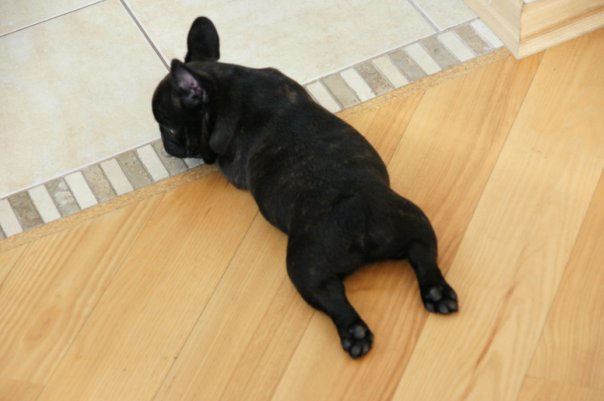 There are two opposite dangers during the acquaintance.

Puppy’s annoying behavior, his desire to bite, playfully hit with a paw or to get into someone else’s bowl of food usually provokes a stable aggression from the opposite side, and may lead to sad consequences. And on the contrary, large breed puppies may unknowingly hurt the others because of their infant clumsiness and curiosity. For example, to press down a bird or hamster, to try to cut the turtle shell, to grab a cat’s tail, to break an aquarium with fish. To avoid such incidents, each pet in the house should have its own territory: own bowl for food, forage, place to relax; animals should not have to fight for it. Particularly small inhabitants still have to be fenced off from a puppy until it becomes an adult dog and will stop paying attention to their constant presence.

To spend time in the company of peers is especially exciting for puppies.

It helps youngsters to understand each other better, trains them to commensurate their strength. You can arrange for the joint walks with the other dog’s owners. It is better to let the puppies play in a safe place without collars, as they will be unable to injure themselves, becoming entangled in them.

Meeting with an adult dog will require your attention for several reasons:

The owners’ task in this situation is to determine – whether the same desires of pets coincide with their size and abilities.

Dogs at the same time characterized by a strong instinctive craving for pursuit. This tendency has been developed sometimes in the dogs for service purposes, such as hunting or at a herd protection. But at home, this type of behavior must be suppressed. Therefore, having the other pets in the house, you should be prepared for the appearance of a similar tendency in your puppy. A classic case of confrontation is a dog and a cat, here the chase with the persecution simply cannot be avoided.

Keep your puppy on a leash at the beginning, until it loses the novelty of impressions.

Never leave the animals together unattended until you are sure it is safe, otherwise chase will inevitably lead to more troubles.

The main factors for healthy, strong and well-groomed puppies growth are identical regardless the breed – sun, fresh air, walking and recreation, dry comfortable room, clean ground mat, and availability of space for games.

Try to give maximum affection and love to your pet in the early days, as this will help it not only to get used to you quickly, but will also ensure friendly relations in the future.

With the right approach and due attention puppy under your leadership will gain a valuable experience in its early age, and will not have any problems with the congeners and people as an adult dog.

How to select a Healthy Puppy

First days of puppy at home

Puppy care and how to train puppy to toilet

How to feed your puppy correctly

Your dog is afraid of steps – what to do?