You are here: Home / Articles / Dogs like many other animals have their own amazing characteristics, let’s take a look at dogs’ exceptional abilities

Dogs like many other animals have their own amazing characteristics, let’s take a look at dogs’ exceptional abilities 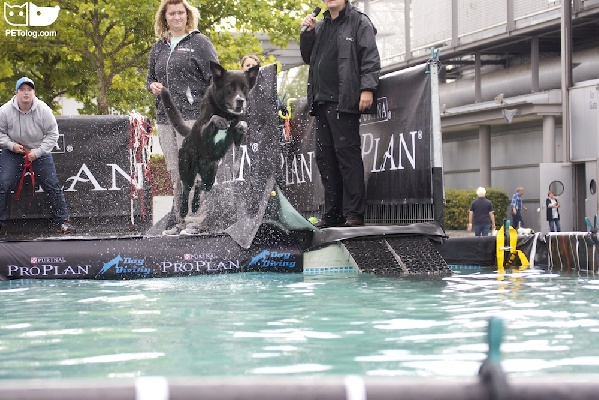 Dogs are the most various-looking mammals. In 2010 American researchers have found that the differences between the structure of sculls of different breeds can be compared to the variety of sculls of different species of mammals. For example: the Collie’s skull differs from the Pekingese’s skull the same way as the cat’s skull differs from the walrus’s one.

Let’s look at the other special abilities of the dogs:

• Dog shoulder-blades are not connected to the rest of the skeleton, which provides more flexibility and mobility for the dog, when it’s running.

• The dog has three pairs of eyelids. The third pair, which is called the nictitating membrane, moistens and protects the eye.

• Dogs identify the objects by their first movement, and then by their brightness, and finally by their shape.

• Grip strength of dogs’ jaw at average can reach 21 to 36 kg of pressure per square centimetre.

• A dog can determine the source of noise for 1/600 of a second and can hear sounds at a distance of four times more than it is the human ear can – approximately 229 meters, while most people can not hear more than for 23 meters. The human ear can detect sound waves that vibrate at frequencies up to 20 000 times per second. But dogs can hear sound waves that vibrate at frequencies of more than 30 000 times per second.

• Movement of the dog’s ear is run by over eighteen types of muscles.

• Dogs have a great sense of smell. For comparison, a human has 5 million sensory cells, the Dachshund has 125 million, the Fox Terrier has 147 million and record-holder is the German Shepherd that has 220 million cells. That is why German Shepherds are often used to search for drugs and missing people.

• The recent study conducted by German scientists has proven that dogs can detect the smell of some organic compounds in the human body, that indicate the presence of cancer.

• Sense of touch is the first sense that develops in dogs (all puppies are born blind and deaf). Nerve endings run through the whole dog’s body, including paw pads, which are sensitive to touch.

• Dogs don’t have a monochrome vision. They distinguish between yellow and blue colours, but the intensity of perception of these colours is lower than in humans. Red and green dogs see as yellow-grey and confuse them.

• Dogs have a higher body temperature than humans. Normal temperature is from 37.5 to 39 C, and the heart rate varies between 60 to 120 beats per minute.