You are here: Home / Articles / Acceptable liberties in communication with dog and subsequent mild correction of behavior

Much has been written about how to educate a dog, a lot of talks in this matter, and the novice dog owner is often accentuated on it by breeders and handlers, whom he works together after getting a puppy.

But these all – the initial level.

As you gain experience and understanding of your dog, you come to the fact that deviation from the rules is quite acceptable, and ever forbidden “not to feed the dog from the table” is suddenly changes by “well, this is a tasty funny nice I feel like that!”, and now a grown up large dog, easy laying its head on the table, is eating the same sandwich with its master. And in the autumn, when the apartment is not yet heated, you can switch the heater unit on, or to call up the dog to sleep together, and bask beside a warm and furry side. And any failure to obey an order is not necessarily punished by insistent request still to perform it, but only with a tired “My lovely Bastard you are” and by a command, completely forgotten by both. 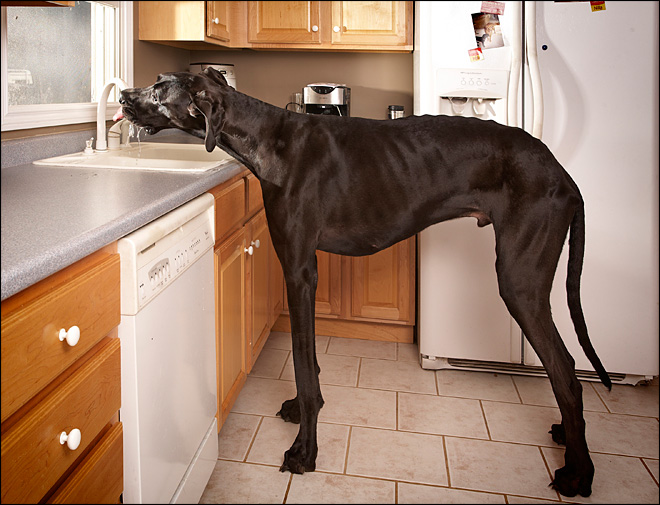 Frequently, watching tricks, performed by a dog handler, the other dog owners are wondering – how does it work? And more often it occurs they begin to repeat it, and sometimes it turns into troubles and even tragedy – a dog is getting out of control, stop listening, becomes too independent. But it truly works some way! After all, the dog of that handler gathers up at once and starts working at first serious command, given by a little different voice than usual home speech; cats and other small animals can live in the house of the owner besides the dog, children and relatives can quite calmly come there too.

So what’s the secret?

First of all, the most important is, at which stage the dog’s training occurs.

When you have a growing puppy or adult dog at home, which you just start teaching how to live in your place and be accustomed to the public around, such freedom is strictly forbidden. At the stage of formation the rules for establishing the reflectory performing of commands everything must be strict and clear.

But with the dog, which you find already formed and arranged in behavior and obedience, it can be sometimes possible.

The second important thing – is infrequency of these actions.

The dog should not develop a clear habit of always getting a food from the table or sleeping with you. The more irregular, inconsistent and unpredictable it occurs to the dog the better and less chances to form abnormal behavior or habits accidentally.

In the second place, the regular mild correction of consequences of such actions is important.

So, if you ate a sandwich yesterday, when half of bread went to the dog sitting at the table, then few days later you should feed is strictly after you have completed your meal. That may be even the same tasty food from the table, but immediately after the owner has finished. And do not turn it into a regular action!

Sometimes you need to drive away, chase off the bed time to time a dog sleeping with you in a persistent and unequivocal manner, including those moments when it was possible to stay in bed before.

The same applies to failure to perform certain minor commands. Sometimes it is quite possible to afford it, but that same day you should work out couple of times the entire complex of obedience commands. Or tomorrow. Or two-three days in a row. The correction of behavior, as well as the exceptions, must be irregular, i.e. it should not cause a lasting reflex.

Apart from pleasant bonuses of such communication, the system allows to adjust some things as well. For example, if your dog trained to walk at ten in the evening, and you need for a certain period to retrain it for midnight walks, then for a few days, maybe a week or two you should take the dog out randomly at different time, with a spread, at which walking out falls on earlier, and on later time. Thus you put out the schedule, gradually breaking the dog’s habit to walk at this particular time, and later, you can form a new habit from the already existing chaos – to bring a pet to walk more and more fixedly by time every day.

The mentioned and other similar techniques are often used by dog experts to correct a whole range of undesirable dog behavior elements.

Yet sometimes it is so pleasant!