People invented a large number of dog breeds. Some are designed to sit at home with the owner, others guard the house, and there are dogs that are used for hunting.

Dogs participating in the hunt must possess a number of qualities. They must be fearless, ferocious to game, obey implicitly to their owner, be vigilant, have a sharp nose, sensitive ears and have good eyesight. Sometimes these dogs require a large size and strength – it all depends on the type of hunting.

Hunting dog must be quick and smart. They never are engaged in socializing with other animals. These dogs are raised and trained in a different way than a home pet. Primary skill of hunting dogs is an unquestioning performance of commands and instructions of the owner. Dogs are specially trained to be able to pursue game without food and in different climatic conditions for a long time.

If you are choosing a puppy for hunting you should be very carefully. Then a puppy must undergo special training that needs to be conducted by a professional. And about the best hunting breed of dog we will tell you in the TOP-10 dogs for hunting. 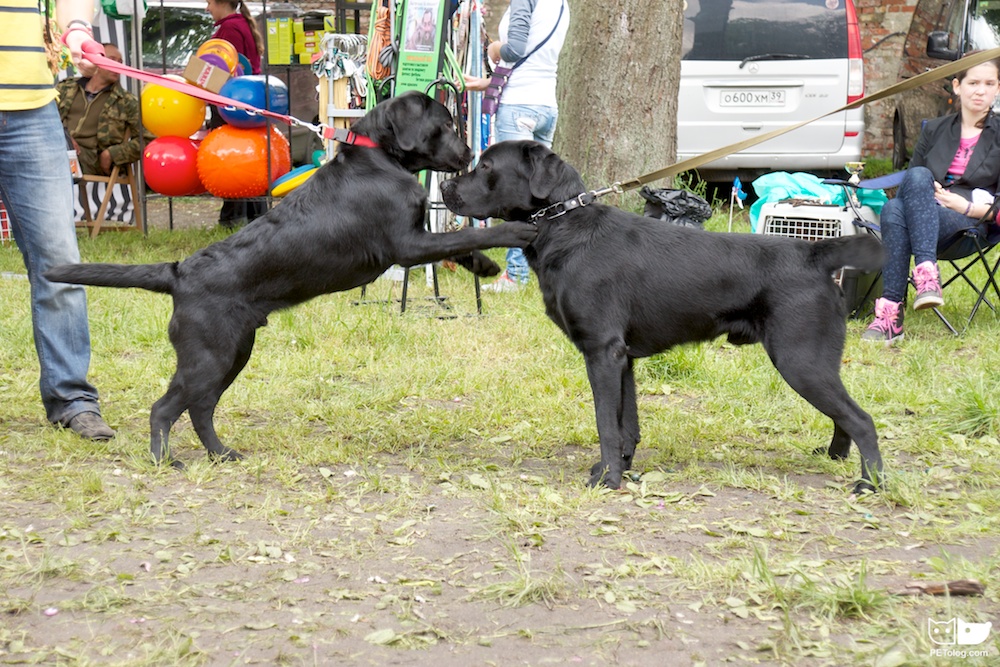 They are considered to be one of the best hunting dog breeds in the world. Golden Retrievers and Labrador Retrievers can be proud of their athletic build and high intelligence. They are always devoted to their owner and very energetic. Retrievers are suitable for hunting birds and soft-bodied animals, because of their tender mouth that does not damage the skin of the game. The Basset Hound is also included in the top ten of the best hunting dogs in the world. It is popular due to its very sharp nose. The Basset hunts hares, badgers and other small animals. Short and powerful legs with hard pads, strong bones and big head – all that helps these dogs to be very good hunters. The Basset Hound has a friendly and often wilful character, which is a disadvantage for a hunting dog. 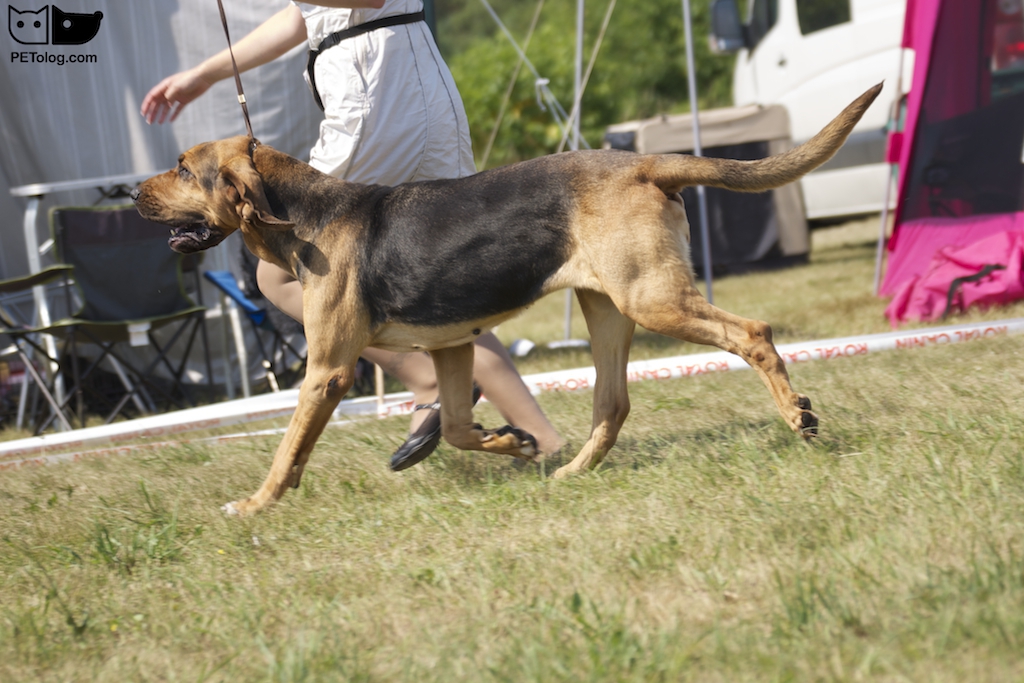 Bloodhounds were used as hunting dogs already in XIII century. They are very vigilant, can remember the smell of the prey for several days. Bloodhound not only tracks down animals, but in recent times people started to use them as search-and-rescue dogs to find thieves, missing animals and people.

Despite the fact that Bloodhounds are excellent hunters, they have a wonderful quality – friendliness, thanks to which these dogs have become beloved pets. And yet the dogs of this breed loves to be in the company of people. 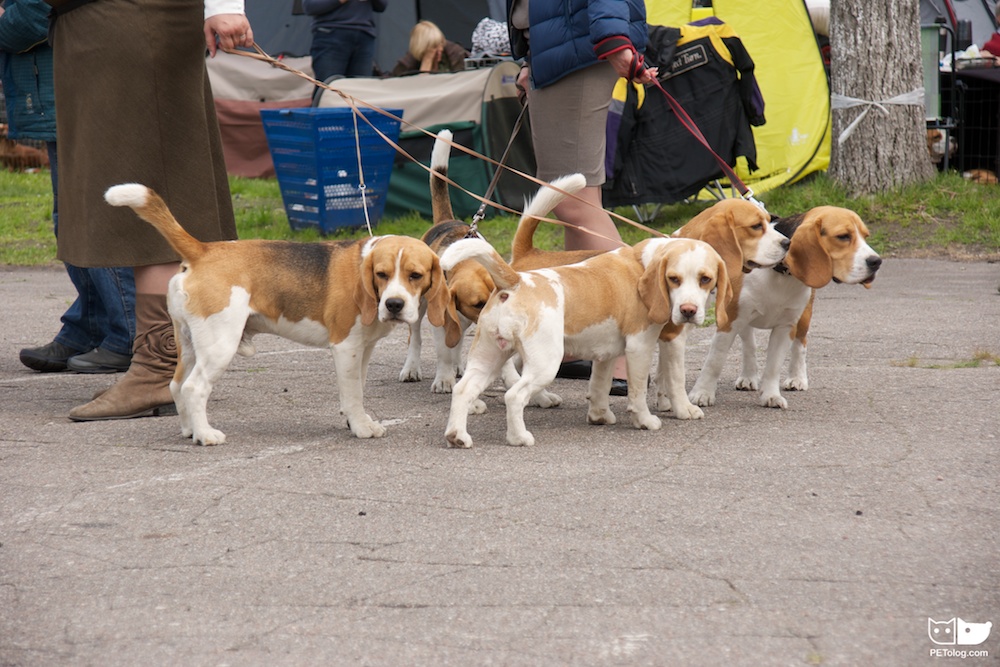 This is an English small breed of hounds, used for hunting hare and rabbit. The Beagle possesses great endurance, quick-wittedness, persistence, energy and courage. This breed of dogs has an excellent nose that is the most necessary quality for hunting. In case of danger they don’t show aggression, and only manage with sonorous bark. Beagles get along well not only with the owner, but also with children and with other dogs. 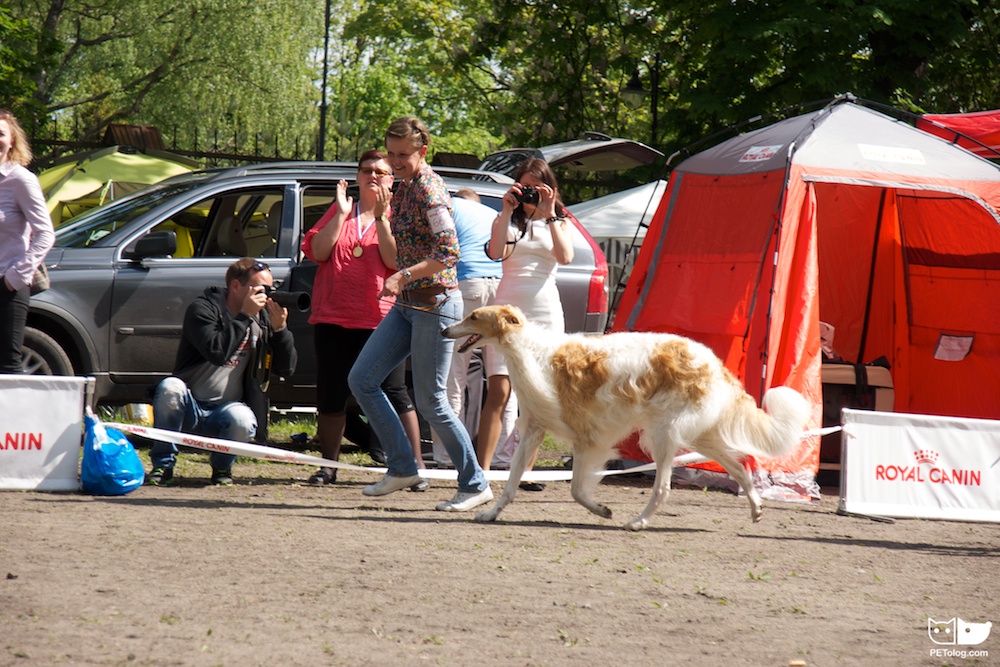 The Russian Borzoi is an excellent hunter with very good eyesight and sensitive ears. Dogs of this breed are very fast and agile. They are mainly used in hunting a wild boar, wolf, deer and other large animals.

The Russian Borzoi is very hardy, good at tracking down, and can chase its prey over long distances. 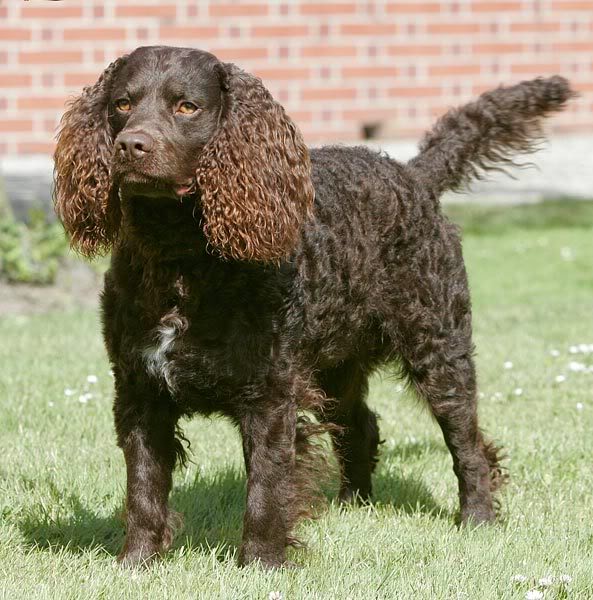 The American Water Spaniel is a type of a gun dog. They are excellent hunters and are great for hunting in the water. This kind of Spaniel is the best swimmer. These dogs are dive well, are good at fishing, and hunt for on waterfowls.

The American Water Spaniel is a very loyal dog, smart and friendly. These dogs are as well able to protect their master. 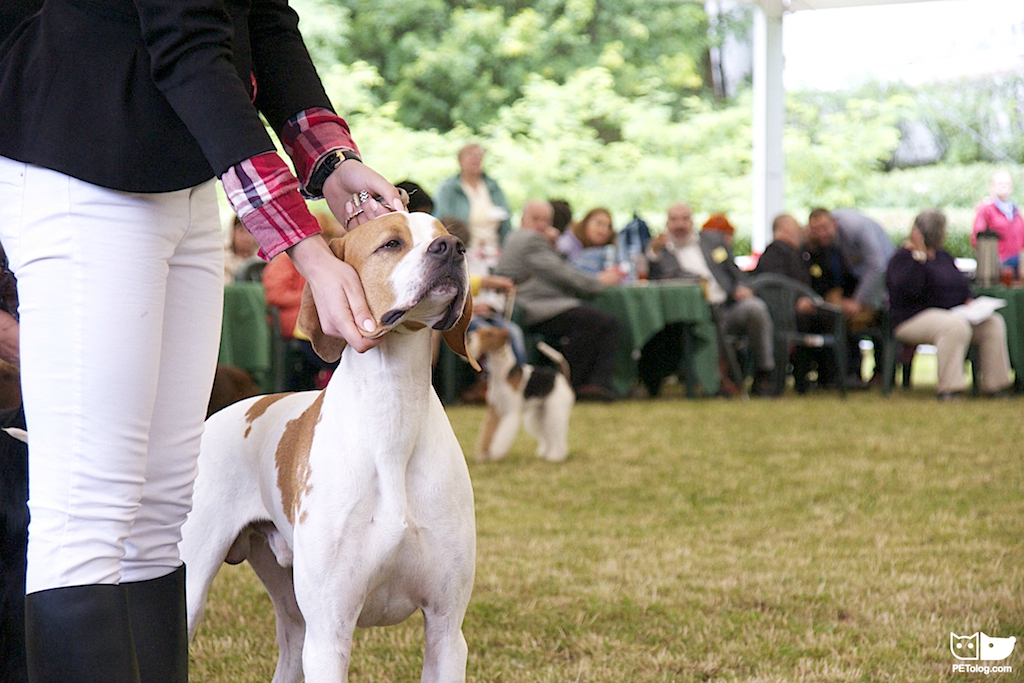 This kind of gun dog had been used in hunting from the XVII century. The ability to dive, to pursue the game, persistence and enthusiasm are those characteristics that let us name the Pointer one of the best hunting dogs in the world. It is best suited for hunting birds.

The Pointer is well-built, loves games, running and jumping. This breed loves to be around people, is very friendly, loyal and not aggressive. 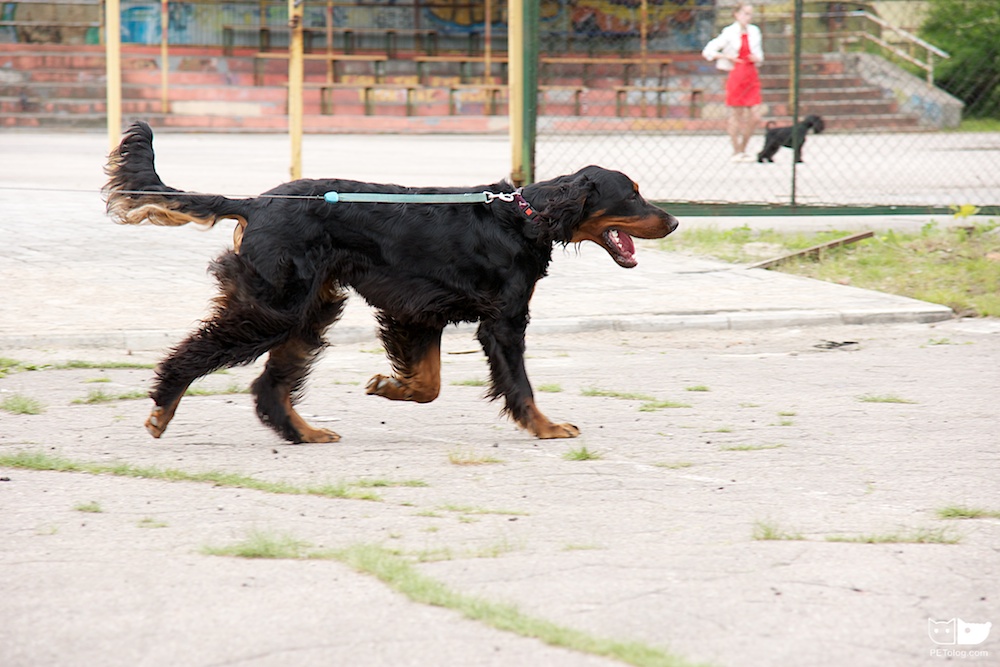 The Gordon Setter is a natural hunter that is very well suited for hunting waterfowl and birds. Smooth and graceful movements, a very sharp nose, bravery and a high level of intelligense – all these qualities make the Setter an excellent hunter.

Dogs of this breed have a very calm character and are great with kids. 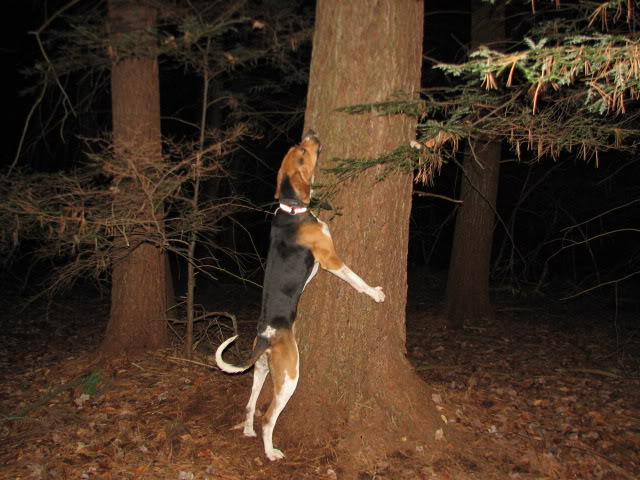 Coonhound is an American hunting dog, which has an excellent nose, pursues prey hiding in the trees or to its underground shelter so it is in the TOP-10 best hunting dogs.

These dogs are bred exclusively for hunting. Due to the strength and endurance of the Coonhound it is great in hunting for bear, raccoon and opossum. This breed is characterised with good health and loves active games in the fresh air. 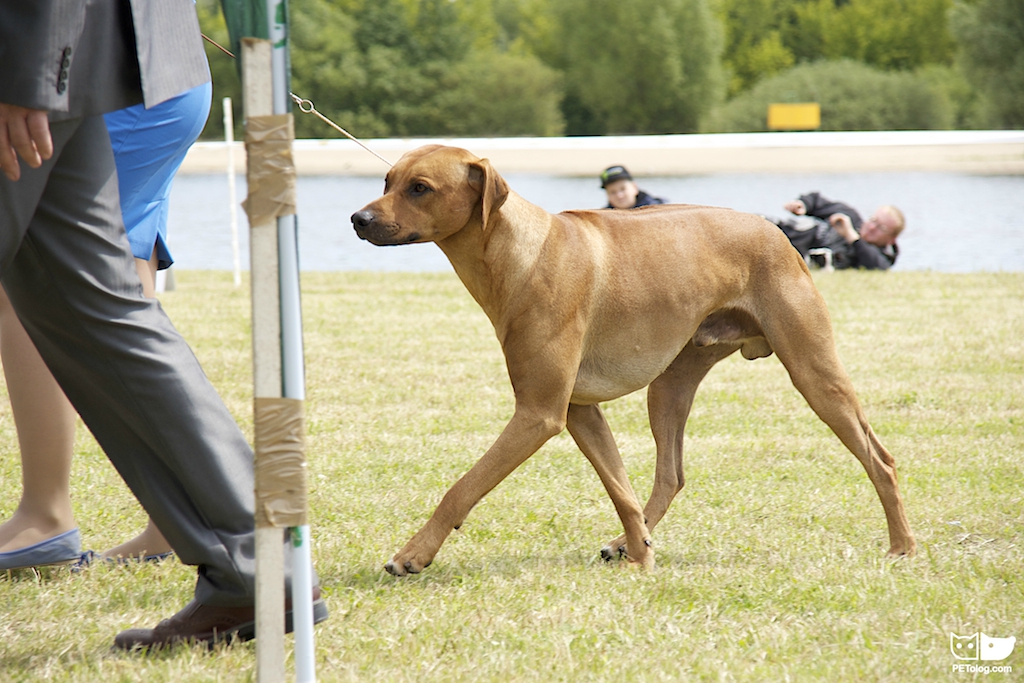 This is a South African breed of dog, which since the XVII century was used for hunting large animals and, in particular, you would not believe it, the lions. These dogs are very smart and bold. They have excellent watchdog qualities, track down prey perfectly, and are very devoted to their owner.