Deutsch Kurzhaar CJ (Vjk-Myst Garbonita's California Journey) became the best dog of the USA 2016 and will carry the title America's Dog until the next Westminster Kennel Club Show in 2017. 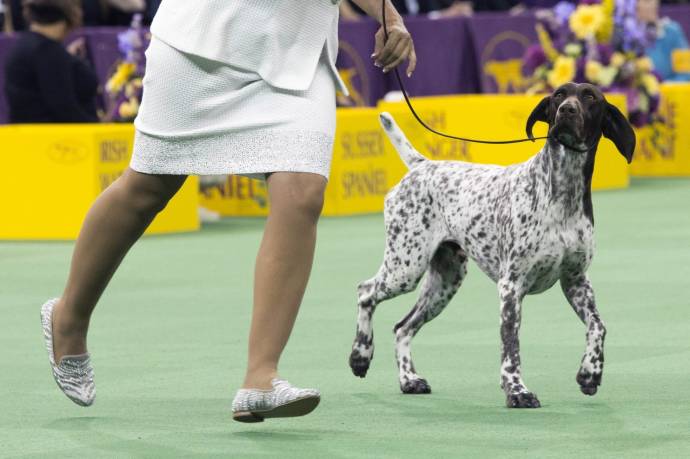 As a reward, the 3-years-old Pointer got silver bowl and large number of photo sessions and TV-shows, but it may be a wonderful time for the owner, not for the dog.

Also the dog will get a steak in one of the prestigious NY restaurant, whether its owner will be fed too, it is not mentioned. 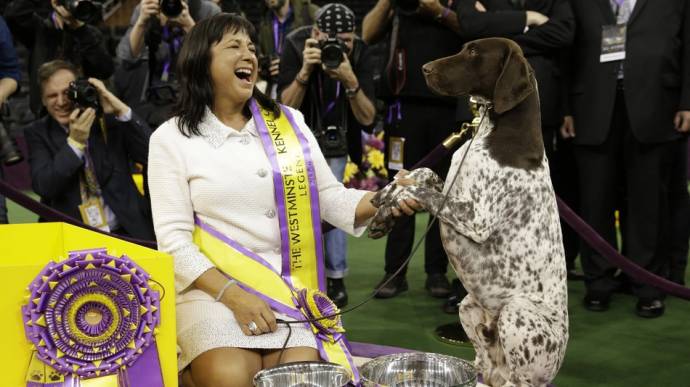 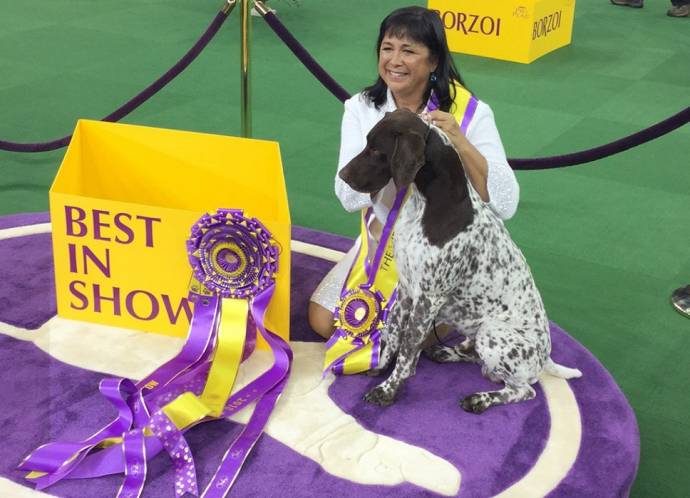