Unlucky paralyzed cat learned to walk thanks to swimming lessons

The common grey cat Mog was paralyzed and could not move his front legs after he was knocked down by a car in February 2011. 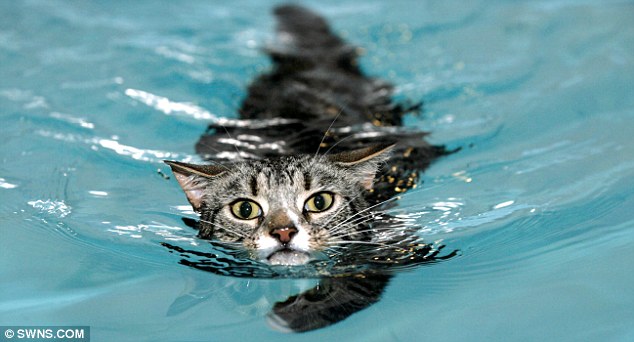 But after 10 hydrotherapy lessons (that is normally for dogs only) in the swimming pool Mog was able to lean on his front legs. It was funny to observe how a cat manages to swim sniffing and mewing loudly in the water.

The cats’ owner Veronika Ashfort told that at first when her cat had his first therapy lesson in Cornwall it looked so awful. The pet refused to even come closer to water but after pleadings from his owner he jumped into the swimming pool and swam. And now as Veronika says he likes this process. In spite the fact that most cats hate water Mog always liked sitting near a tap catching water drops with his paws. 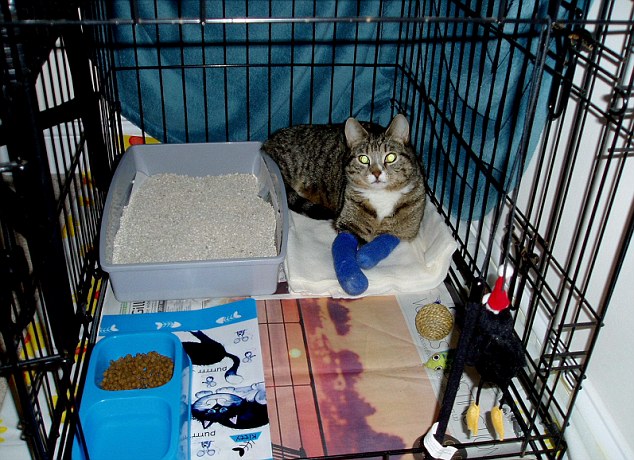 So the therapy is working and today Mog has a great improvement in his movements. After he was hit by a car he was put on a drip for 6 weeks, bones were put together but the serious nerves’ damage caused paralysis of front legs. Veronika was told that her cat would never be able to walk but after some time he began to jump like a kangaroo and sit like a dog.

When the local veterinarian saw this he proposed hydrotherapy. For now Mog already passed through 30 lessons and made a great progress: his legs began to move.